They are found between the latitudes of 45° N and 45° S in waters deeper than 100 m.  White marlin have been found near banks, shoals, and canyons, but they are not limited to those locations. They prefer warm surface temperatures greater than 22 °C (71.6 °F)

Their body structure is designed for fast swimming with a long streamline appearance. One of the most noticeable features of white marlin is the dorsal fin, which extends along the majority of the dorsal portion of its body. The dorsal fin consists of an average of 28 to 46 rays. These rays make up a fin that is tall and rounded in the anterior but quickly levels off and then decrease as it extends to the posterior.

With regards to the White Marlin Season, the summer is the best season for the Marlins, from May to August you can find them at their most active, but can still be found all through October.

For the White Marlin Season we in DeepSeaFishingInCancun® recommend the earlier months due to the migration of the larger catches, and to ensure the best weather conditions possible. 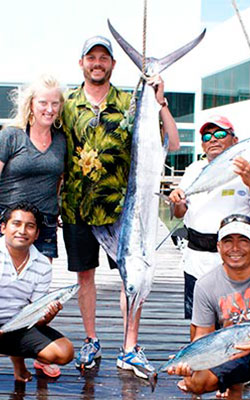 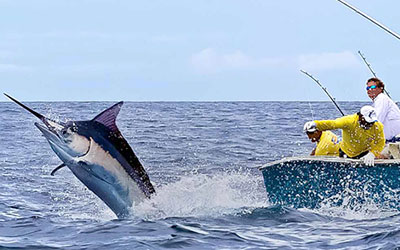 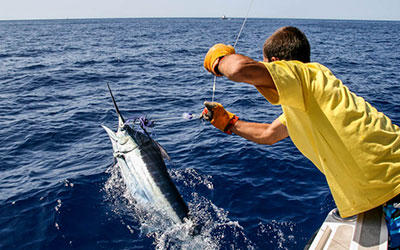 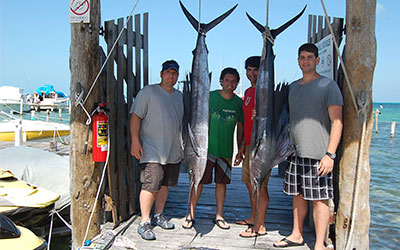